Never have I hated something so much. The thing is, we knew Hope would have them, but nothing could have prepared me. During one of our many Mount Sinai clinic visits (while I was pregnant) the doctors told us that Hope’s brain was wavy around the edges, not smooth like it should be. As a result, she was at a high risk for seizures. Knowing she would have seizures consumed my thoughts more than any of her other “problems” they listed. We prayed and prayed for healing, and if not healing, then the right medication to control them; and we prayed that if she would have them for them to start in the hospital, if anything, so we’d kind of know what to do. They did.

3 days after she was born we arrived in the NICU in the morning to be told that Hope had already had 2 seizures that morning, and my heart sank. We saw her third one, and the rest that she had that day, and honestly, I felt ok. All four of her limbs would shake and her mouth would tighten up, and 30 seconds later it was all done. Lawren was able to record her having a seizure and because of that, the doctors prescribed her on anti – seizure medication fairly quickly, and the seizures stopped.

I thought I took it very well – I felt strong. I knew these seizures would come and I thought I handled things well. Very matter of factly.

Unfortunately I didn’t handle things so well when the seizures started again – but this time I was at home, with no doctors and nurses around, and the seizures looked different. A couple of days ago we noticed that when Hope started to wake up, her face, eye and arm would begin to twitch for a couple of seconds. We didn’t know if it was just normal baby twitchiness but something didn’t sit right. I took a video and sent it to our neurologist at Sick Kids. They called me back rather quickly to schedule an EEG – he didn’t like what he saw – and that pushed me over the edge.

I then lived in a total state of fear. Every time she started to stir because she was waking up, I was sick to my stomach because I knew we’d see one. I cried all day, overcome with the strongest state of anxiety I’ve ever experienced. There’s nothing you can do – I would just have to watch her have one. I felt so helpless.

Today she had her EEG and things went well. We were amazed at how well she did and she lay on a table and the lady glued a bunch of leads to her head. A couple of times she squirmed, but then I would touch her leg and she would stop. I feel like she’s already used to having so many tests that the more she is touched, the more relaxed she actually is! Unfortunately an EEG can only spot a seizure while you’re having one – which of course she did not have during the test. However, they again noticed that her brain waves are abnormal – which we knew, and because of the videos I took, they knew what she was having at home were indeed seizures.

The update: they decided to increase her medication a little bit, and instead of once a day we will administer it twice a day so that it is in her system more evenly. After a couple of days, if she is still having seizures, we will include another medication on top of what she’s taking. Thankfully, that medication doesn’t have any side effects and the doctor hopes that she will eventually be on that one only.

During this whirlwind, at the right time, I was reminded of the verse found in Proverbs 37:5

Commit your way to the Lord, trust in Him, and He will act.

Guys – let me be real with you. Trusting in the Lord is hard, and waiting for Him to act is hard. So hard that I’m not going to pretend I have it altogether. When I think of the mountains and the valleys, I realize that I have been so deep down in that valley it’s only God that will help me out. It’s like I’m trying to climb out of it with everything in me, but nothing I can do will be sufficient to bring me to level ground because I get too tired. Too weary. Too depleted of my own strength. And then He reaches down and rescues me – He really does – it’s like once I’ve hit the point where I can’t do anything anymore, He reaches out His arm for me to grab hold of. He fills me with peace, and it’s this continual act for me to choose to remember how He has been my help before and how He’ll do it again. And that becomes what spurs me on. But oh boy, it is hard some days.

Thank you for continually praying for us. We love seeing the way God has already worked in her life, and are trying not to get worked up over things that come/may come. Please continue to pray that the medication she is on would help to control her seizures, and there wouldn’t be any side effects as a result.

And now, because she is too cute, here are some pictures to brighten your day… 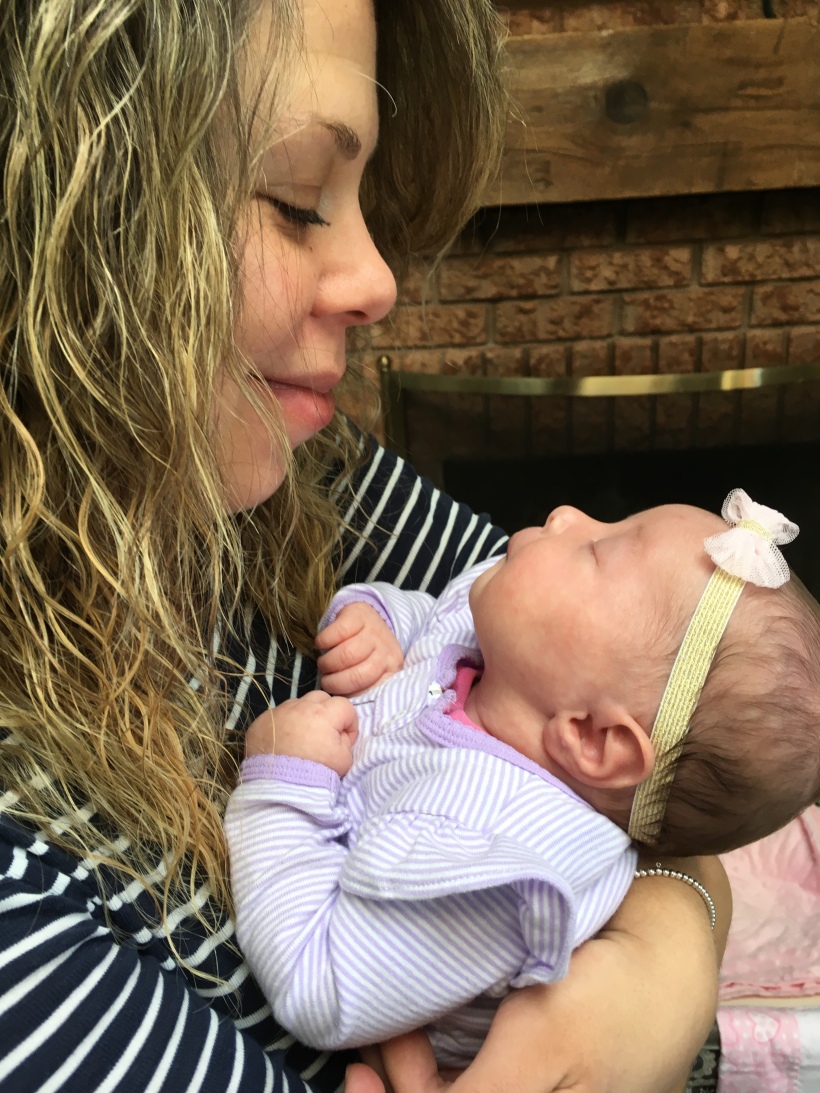